In my last post, I took the uncomfortable step of pledging to be more direct in reviews of certain hostels, tours etc. There’s no point in writing a review if you’re not honest! It shouldn’t have to make me feel uncomfortable if I’m being unbiased. The reason why I wrote that last post is because I need to come clean about my feelings for Rio Muchacho Farm near Canoa and would be really happy to get feedback on this because I felt like it’s not living up to it’s ethos as well as the sparkling comments it received in Lonely Planet- I also have to say that it was the last time I really took a recommendation from LP because I just feel like it’s not for me; a bit commercial, outdated and sometimes it delivers a big misrepresentation of a place which is ultimately misleading. Ok, here goes.

Even though the $45 fee per person was a bit steep for us, we decided to go to Rio Muchacho Farm because it sounded just perfect. The large plot of land was bought over forty years ago and was showing the effects of heavy deforestation due to coffee plantation (I think it was coffee but don’t quote me on that bit). Following years of dedication, it has been taken back to it’s former glory through reintroduction of native trees and plants, cultivation of organic crops and an advanced water cleaning system. It was billed as an exemplary display of sustainable living and I was so excited to go on a tour.

We were picked up outside the office (which was almost directly opposite our hostel in the main street of Canoa) and taken to the farm. It was absolutely beautiful and we swiftly began the tour, being told about the permaculture methods implemented and how everything was sustainably maintained. This was when I started to feel a bit deflated, our guide was so over it! I really couldn’t figure out why because I found everything genuinely interesting but she could have been more demotivated about the project and described almost everything in a kind of monotone I’m-not-going-to-hide-how-bored-I-am kind of voice. At midday we were taken to the main house to have an incredibly delicious lunch prepared with the organic produce that we had been to see. We ate with the rest of the volunteers living at Rio Muchacho and it coincided with a rare day that the owners were not there so they just began to talk quite openly about how unpleasant the couple were and that they were so grateful they didn’t have to do another stupid tour that week, so I guess showing visitors around was the bogie job that no one wanted. The visitors just sat there feeling like we were intruding on a conversation that should have really been had when we weren’t there, or at least that’s my opinion.
At this point I was like…ok these guys are all over it but I was still enjoying it and looking around and taking pictures of the river and different parts of the project. But when we were shown where the animals live, it just felt wrong. The land where the fruit and vegetables are cultivated are huge whereas the cows, pigs and horses were shoved into a little space with not much room to move about at all. There was also a dead guinea pig which had been thrown on top of the compost and a chicken was pecking at it.
Lastly, there was a dog that was running around us and she was in such a poor state that by about one pm I was starting to feel really uncomfortable. She had escaped from her previous owners who had quite obviously abused her, she had no tail, part of her nose was missing and I think her ears had been snipped but most of all she would howl so loudly with pain because she was tick-ridden and no one had tried to help her or taken her to a vet. I brought this up with our guide once or twice- the first time I was subtle asked what the deal with the dog was, she seems kind of sick and the answer was just a shrug. The second time I approached it more as this is supposed to be a sustainable farm which is doing great things with plants but what is the deal with the animals? Why are they living in these kind of conditions and why has no one helped this poor dog? Her reply was that she didn’t quite understand all the fuss about the dog and that other visitors had volunteered to take her to a vet and foot the bill but they were told that wasn’t necessary. I was like…is that a joke?! Not only have people already complained about what state she was in, they had offered to help and been turned down?! The guide said that seeing as the dog didn’t belong to anyone, there was no reason to spend money on her. That’s when I was over Rio Muchacho. How anyone could be running “one of the thirteen best examples of responsible tourism on planet earth” as deemed on the website with animals in that state was just beyond me and I was really glad that we had opted for the one day tour rather than the three day stay.

One of the info points on permacutlure and the systems implemented at the farm. 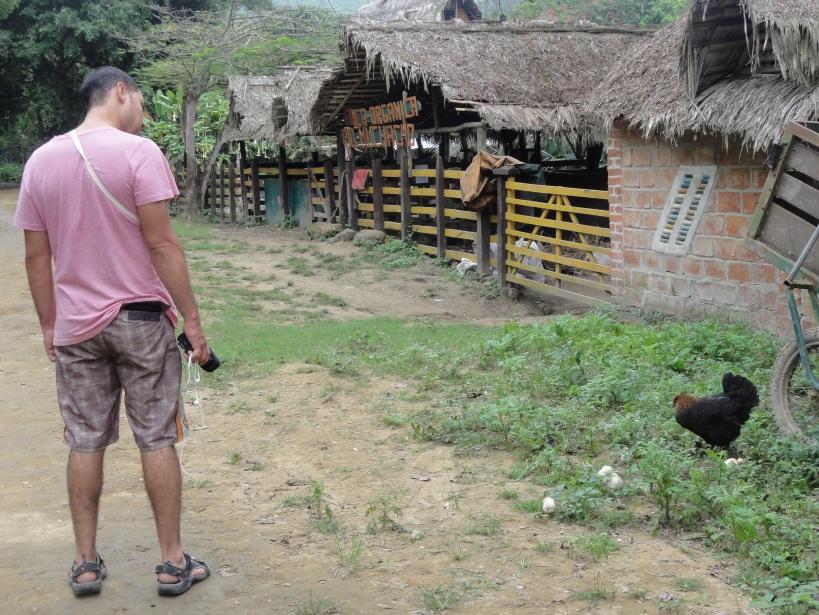 Chatting to some of the locals

The last two parts of the tour were making rings out of coconuts where it looked like our poor guide was so bored that she sat away from us and made it clear that she didn’t want to talk, so when we went to the kitchen for the last part of the day we chatted to the locals who showed us how to make thick organic chocolate made from beans picked from the farm. And then the trip came to an end. 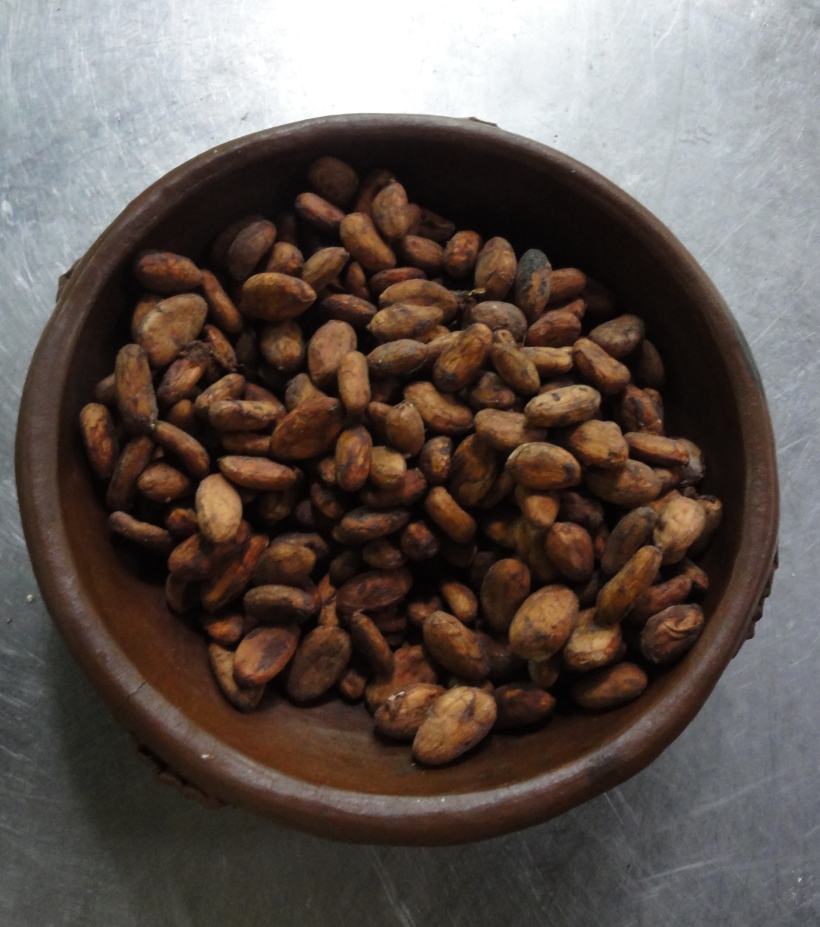 The cocoa beans ready to be roasted and made into delicious hot chocolate. Mmmm

Wow, that feels like a relief! I’m glad I have really spoken about my experience as it happened. The landscape is unbelievable but the people are just missing the point. I think most of the volunteers were there just to write it on their CV and impress when they showed their photos back home, but they weren’t really in to spreading the word about permaculture or educating visitors. That’s a huge shame. The reviews on trip advisor are mixed and I would really love Rio Muchacho to be an amazing experience, perhaps similar to what is described on their website, but right now the way that the owners have described it (as well as the very sweet boy working in the shop in Canoa) is not at all what I experienced. If you are looking for a great experience at an organic farm in Ecuador where you can learn, work (and have the chance to do some yoga) this is the place to visit and I shall be writing about it in a few weeks.