When we were talking to locals in Puerto Lopez, a lot of people asked us if we’d been to Los Frailes and Machalilla National Park. The look on our little curious faces prompted the locals to tell us that we could not miss it and tales of crystal water and safe surf. It’s billed as one of the most beautiful beaches in Ecuador and part of Machalilla National Park, a gated reserve found 12 km north of Puerto Lopez and perfect for a little day trip because it opens at 8 am and closes at 4pm. 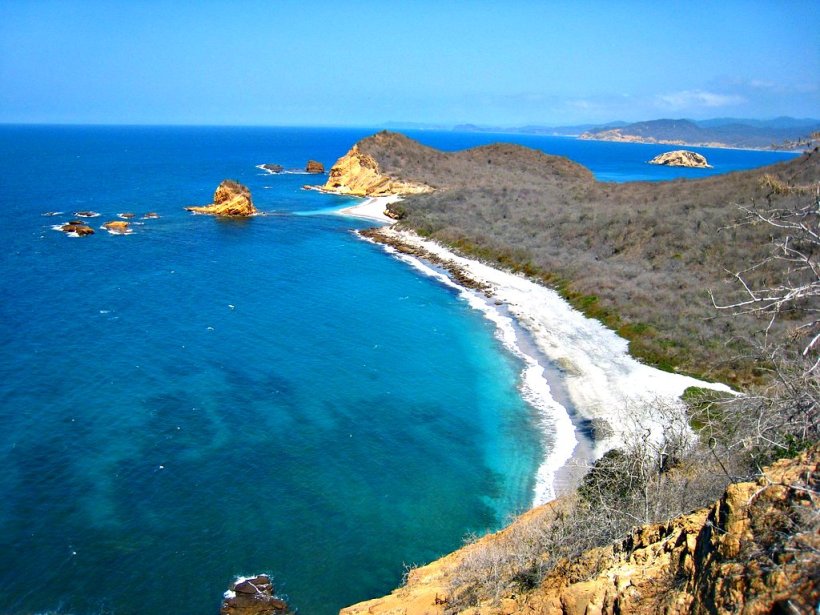 A photo from the wonders of the internet. That’s my kinda beach.

We passed through on our drive north to Canoa and were greeted by the friendliest security guard I’d ever met- I would have liked to buy him a beer but he was working and we were driving so it wasn’t the best idea. Once he established that smoking is not allowed in the park and all rubbish must be taken with visitors we were on our way to have a little look.

The water wasn’t as crystal as we’d hoped because the sun wasn’t out but it was still a beautiful deserted beach. If you go, bring something to eat because there is only a kiosk selling ice cream and little touristy things, and toilets. 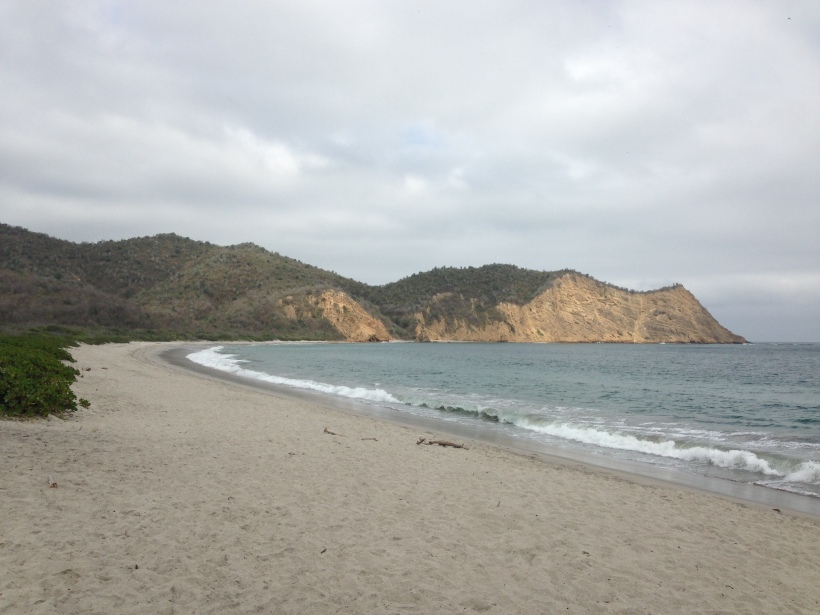 This is a photo that I took. Not as exotic looking but sill a nice beach, there was one family there and the rest was up for grabs.

Apparently the best time of year to visit is January to April when I assume photo opportunities arise such as the first photo. For the rest of the year, you’ll probably end up with the kind of photo that I took. But it was still nice! Worth a visit.